Now that the majority of network television stations have announced their renewals and subsequent cancellations; its time to either rejoice or go on a binge marathon to remember your fallen favourites. Now of course this isn’t a complete list of all the cancelled TV shows, to see a complete list check out tvline.com’s post here. Unfortunately as with every television season there are some shows you grow attached to that won’t be returning *cue the sad faces and wailing.*

Lets get onto the chopping block:

Happy Endings: While this show did fair better than many others on the list, its one of the ones I’ll miss the most. Happy endings is about a group of 6 late 20-somethings living in Chicago. The crazy married couple, successful businessman Brad and the neurotic Monica-type Jane, Alex  Jane’s ditsy younger sister, Dave an aspiring restauranteur, Max the resident slacker who portrays an interesting and un-taped tv portrayal of a gay man, and lastly Penny the single klutzy serial dater.  Its hard to compare Happy Endings to other shows, it was kind of Friends meets How I Met Your Mother meets Cougar Town…with something else thrown in.

For all those Happy Endings fans out there, there might still be hope. Its been reported that Sony TV, which produces the show, has been shopping the show around to other networks. The cable network USA has expressed interest, best case scenario we get a move similar to Cougar Town (ABC to TBS). Now Happy Endings viewers know that the scheduling of the show has been off the rails this past year, it started off on Tuesday, got moved to Sunday, started airing new episodes on both Sunday and Tuesday before being banished to the Friday 2-episode burn-off. Confused yet? So were we! Forget trying to actually watch a show you enjoy, trying to keep track of when it was on proved to be a problem; anyways its nice to see Sony backing behind the series and I for one will be keeping my fingers crossed for another network pick-up! Here’s a clip from the show featuring Penny Hartz

Partners: I’ve mentioned this series cancellation in a previous post, however as you can tell I’m still pretty bummed by it. It was without a doubt my favourite offering of the 2012/2013 year and in my eyes it was cancelled much too soon. The series really hit its stride by the fourth episode but unfortunately it was cancelled after 6 episodes. I’ve heard that the show aired its full 13 episode season in South Africa, but for some odd reason those forgotten episodes haven’t managed to make their way online…yet. I know its likely a lost cause but I’d really love to see the last 7 episodes, I watched each of the 6 aired episodes on repeat and would like to see where they went with the storyline.

Tvline.com mentioned that NBC’s Do No Harm and ABC’s 666 Park Avenue and Zero Hour will finish out their Freshman season in the summer, a great move for fans who want closure to a series they’ve grown attached to. Come on CBS! Any chance for this happening with Partners??

Fringe: I really can’t complain about this one, although the ratings weren’t great FOX gave the series a 5th season of 13 episodes to conclude the series. I’m a big fan of the science fiction genre and this show was so complex and well integrated. The series followed a team under the FBI who investigated ‘fringe events’ or strange scientific occurrences. The series  had a nice conclusion and gave viewers closure yet even in the finale remained true to its story. Although the finale was bittersweet, I’m still happy with the way the series ended. 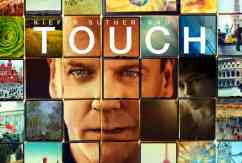 Touch: Another show that I really became attached to. I’ve yet to watch the series finale (originally aired on May 10th 2013), however given that the series was only just cancelled I have a feeling it will be very open ended. The series revolves around former investigative journalist Martin Bohm and his special needs son Jake. Jake has never spoken a word in his life but is drawn to numbers and patterns and often uses numbers to communicate to his father. The series is unique in that although Martin and Jake move the story along, the real meat of the episode is through its guest stars. Every secondary character somehow relates to one another with everything coming full circle at the one hour mark. For all the Kiefer Sutherland fans out there, FOX has recently announced that the hit series 24 will be revived as a limited series, likely as a replacement to a possible movie.

Guys with Kids: Although I wasn’t all that attached to this show its still one that I kept up with throughout the year. The series follows the lives of 3 friends as they raise their children in the city. Gary is a married stay at home father of 4 boys: Yoda, Clark and newborn twins  Robbie and GJ. Chris is a recent divorce who has partial custody of his newborn son Ernie; and lastly Zach is a married working father to pre-teen Violet and newborn Eddie. The series ran for 17 episodes, and although fun in my opinion wasn’t part of my must watch TV schedule.

The New Normal: Similarly to Guys with Kids, this show is another one that I’m not that upset about. The series follows a happy and successful gay couple Bryan, a television producer, and David, an obstetrician, and their relationship with their surrogate Goldie and her 9-year old daughter Shania. Justin Bartha and Andrew Rannalis definitely carried the series, and although it had a lot of heart, by the end of the season I just didn’t feel invested enough. Again not a series I’ll be crying over but a fun one to check out if you want easy summer TV.